In the Backseat with #Makeout Poetry

I’ve been wanting to write about this weird little experiment for a few weeks now. It’s a hybrid of two ideas…

I’ve long loved the work of Austin Kleon and although his books Steal Like an Artist and Show Your Work! resonate with me most, I dig what he does with blackout poetry using newspapers and Sharpie. He often talks about the lineage of this style of found poetry. It suddenly hit me that an interesting remix would be to use lipstick instead of black pen to cross out extraneous words (or perhaps circle the chosen ones). Of course, the subject matter for those poems would have to be romantic or erotic or… well, I digress, but I thought of calling it “MakeOut Poetry”.

Confession – I did NOT want to ruin a lipstick for this.

Brewing in the back of my mind for a long time was an idea to photograph my hot pink sketches (using Paper by 53) on my iPad. I chanced upon the strange ethereal neon-esque glow when my iPhone camera accidentally went off while I’d been sketching. It was so cool to me – this pseudo neon from the glass and LED that I knew I had to do something with it.

I’ve always been a fan of William Burroughs (go Dada) and his “cut up” poetry method…in fact, I use it in my classes and workshops and recently read that famous rock stars like David Bowie employed this technique as well.  Moreover, I am fascinated by the mix of analogue and digital to create some mixed media art. That’s when “MakeOut Poetry” hit me again- but THIS time the “out” would be in reference to the “cut out” words (as well as a nod to the lips wearing “makeup”)!

My process was something like this (and trust me it wasn’t perfect from the get go):

STEPS to MAKING OUT with #MAKEOUTPOETRY

1. Tear out 5 pages (5 pages only!) of random magazines (I used Wired, Esquire, and Honolulu)

2. Cut up words (my caveat was they HAD to be black on white background and medium-sized).

3. Arrange words on table (I found that grouping similar words like prepositions together was helpful)

4. Play…this was GREAT! Quite cathartic. I was working pretty intensely on a project and taking mini breaks to stand, stretch, and work out a few phrases was like this ongoing, energizing puzzle. When I got in a creative slump, this saved me.

5. Carefully arrange phrase on my big lip drawing done in Paper by 53  on my iPad. (I used the first “take” of my hot pink lips but eventually drew one more in a lighter pink).

6. Stand over iPad and shoot photo with iPhone. THIS was a problem and took some tinkering. It depended on the time of day and where I was standing…it ended up that night was a no-go, but late afternoon or early morning was perfect.

7. Upload and EDIT IN INSTAGRAM. This was important. I used Instagram’s “Lo-Fi” filter for the most part but played around with some others. For some of the pieces I double processed (meaning I took a screenshot of the first edit then uploaded that to run it through the same filter).

This was the FIRST one I tried: 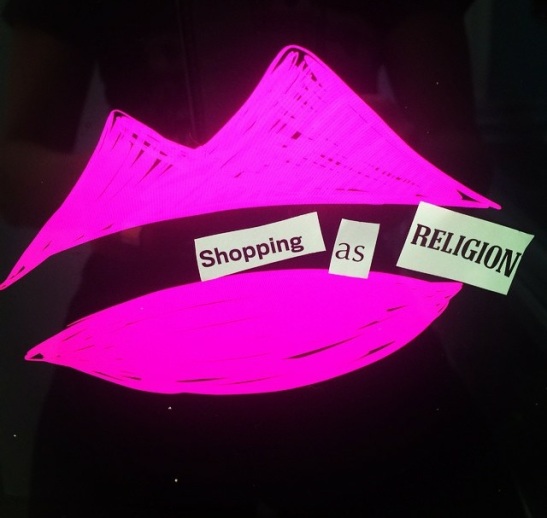 In the Midst of Making Out

This was very addictive and I had to stop only because I was traveling. I haven’t started it up again but here are some closing thoughts.

Serendipity is a Turn On

I think any time in which one can make art by seeing connections or using something “found” is just exciting! Besides “found poetry”, that’s the basis behind my @serendipidoodle project that uses a randomizer to spit out an obscure phrase to draw. Maybe there’s this element of fate about it, I don’t know.

For the past few years, I’ve been wrapped up in studying what I call “Soundbitification”…really that we can say so much with so little- whether that is a “6 Word story” , a meme, a gif, a whimsical hashtag or a compelling image.  Because I’m more of a visual thinker I like text to be minimal but nonetheless powerful.  I found that one can say quit a bit a short phrase..and even my 10 year old daughter was, I think, quite perceptive in her two #makeoutpoetry pieces: 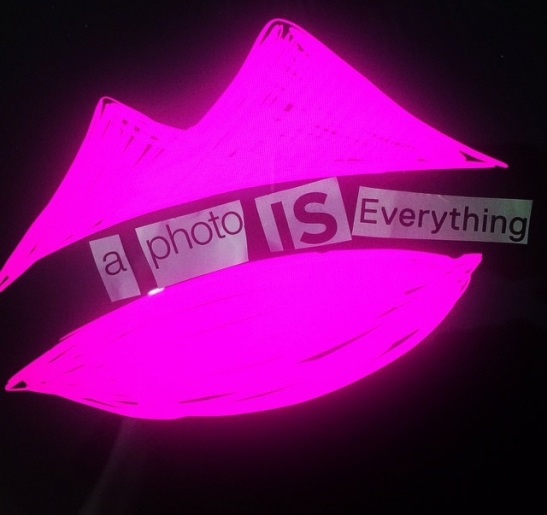 My third takeaway is something I knew before and yes, admittedly harp upon, but it’s this idea of creativity fostering in constraint. Not only was my palette limited in space, so I could really only have 5-6 words max, I was careful to ONLY use five pages of magazine (for 200+ poems) AND refused to “hunt’ for words on purpose. The one “cheat” was my daughter found me “Me” by cutting up “Some”.

I don’t know if I’ll start it again but I DO know I now have a series of poems I can use for blog posts and perhaps a keynote or other talk. Ok, if I could get them to look a bit more consistent I could make a calendar for Christmas presents 🙂

An intriguing thing did happen when I posted this one to Facebook:

Just for fun, I played around with making a template similar to #makeoutpoetry in Keynote and used Magic Move to animate:

What kinds of projects could you do mixing analogue and digital? Serendipitous “found” poetry and art?

I’ve uploaded most but out of order to Pinterest: https://www.pinterest.com/amyburvall/makeoutpoetry/ 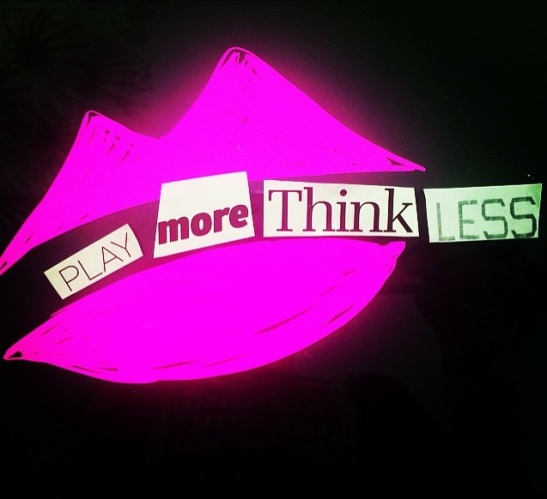 One comment on “In the Backseat with #Makeout Poetry”

1...2...3...homemade #thai curry with haul from #farmersmarket #shoplocal #veganlife
#chandelierfetish
Mint head #skull
So cute! #pufferfish
I drank this bitter delight and it was yum
Tiki #tiki #tikibar - the iconic @skullandcrowntradingco with birthday girl @dee224
Friends since 1970 something - @dee224 celebrating her big bday
Sunday is #soup day - this time it’s cream of celery /potato with tons of fresh herbs from my garden and the farmers’ market. About $4 makes lunch for the entire week